From Hippotizer webpage: click here to read the full article.

Every year Cirque Du Soleil produces a show for the Andorra tourist board. Scalada Storia is the 3rd edition of the event that Dushow Spain, have worked together with 45 Degrees, the special event division of Cirque Du Soleil to produce.

The idea is to promote Andorra as a summer destination with a special 60 minute show. With over 60 performances over the past 3 summers, to a 5000+ sellout crowd it’s easy to appreciate the success of the project so far.

Every year the main central parking area of the Parc Central, in the centre of Andorra la Vella, is commandeered and a performance area constructed to ‘house’ the show. With a 5000+ capacity the show takes centre stage so to speak in the majestic terrain of Andorra. It is an open air event that is free and unique in Europe.

This year, from 4th July to August 1st, there were 5 shows running per week (Tues – Sat). A new Hippotizer Boreal was purchased for use on these shows, running the latest V4 Beta software. The video concept was to have video capable tubes outlining performance cubes which we’re part of a central stage structure. The Hippotizer was then used to generate effects and output content which would work together with the lighting and add an extra dimension to the show.

Scalada Storia, is a new performance that shows the country’s more mystic side and takes the audience on an acrobatic and metaphorical journey to the legends of Andorra. 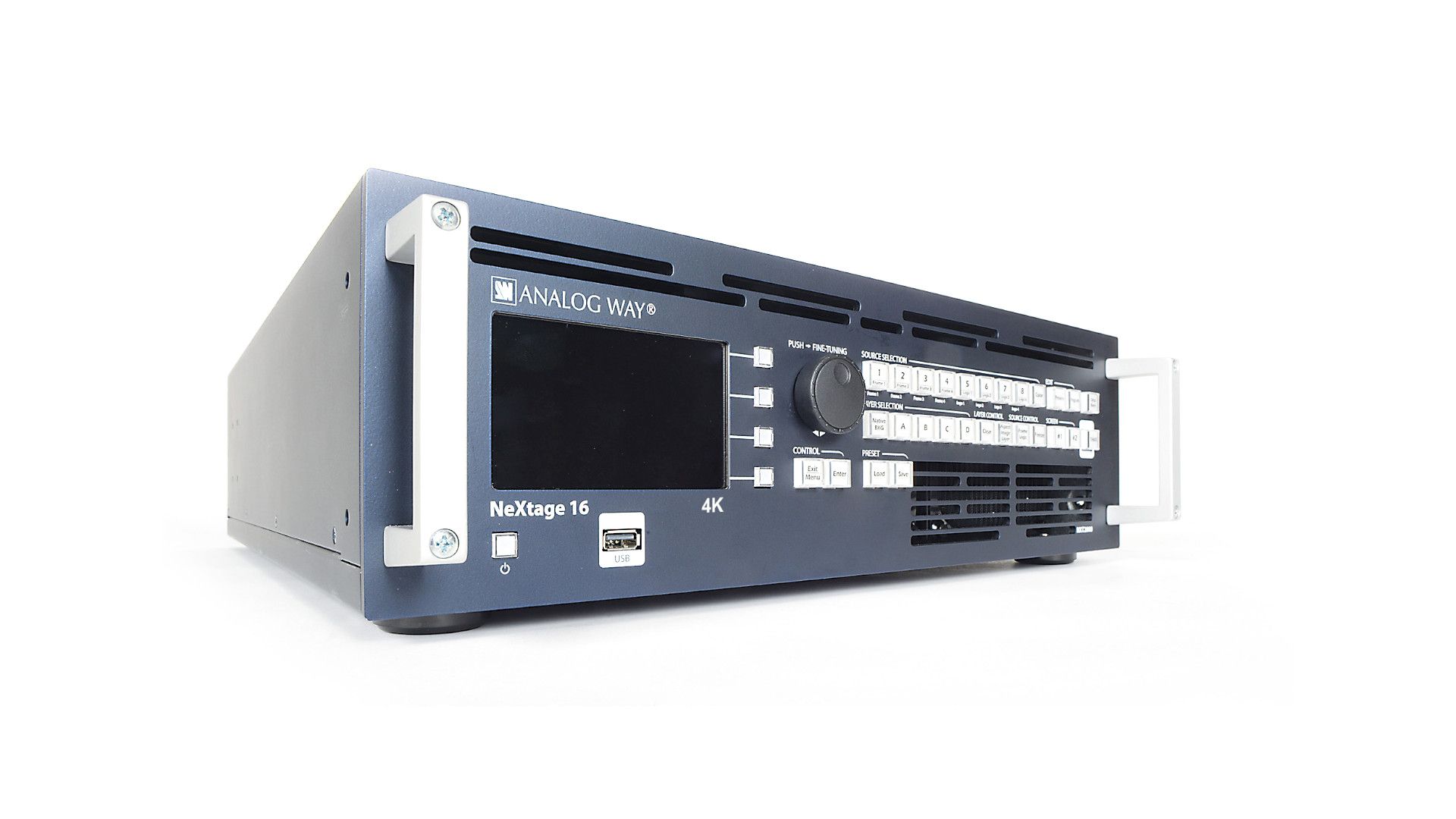 NeXtage 16 is a high-end Seamless Switcher with dedicated live processing, designed with a rugged reinforced chassis and hardware for demanding live events.

NeXtage 16 is an exciting tool to create impressive shows.

To know more about Analog Way

All the Dushow team wish you a great and prosperous 2015 !

This website uses cookies to improve your experience. We'll assume you're ok with this, but you can opt-out if you wish.

This website uses cookies to improve your experience while you navigate through the website. Out of these cookies, the cookies that are categorized as necessary are stored on your browser as they are essential for the working of basic functionalities of the website. We also use third-party cookies that help us analyze and understand how you use this website. These cookies will be stored in your browser only with your consent. You also have the option to opt-out of these cookies. But opting out of some of these cookies may have an effect on your browsing experience.
Functional
Functional cookies help to perform certain functionalities like sharing the content of the website on social media platforms, collect feedbacks, and other third-party features.
Performance
Performance cookies are used to understand and analyze the key performance indexes of the website which helps in delivering a better user experience for the visitors.
Analytics
Analytical cookies are used to understand how visitors interact with the website. These cookies help provide information on metrics the number of visitors, bounce rate, traffic source, etc.
Advertisement
Advertisement cookies are used to provide visitors with relevant ads and marketing campaigns. These cookies track visitors across websites and collect information to provide customized ads.
Others
Other uncategorized cookies are those that are being analyzed and have not been classified into a category as yet.
Necessary
Necessary cookies are absolutely essential for the website to function properly. This category only includes cookies that ensures basic functionalities and security features of the website. These cookies do not store any personal information.
SAVE & ACCEPT
Powered by